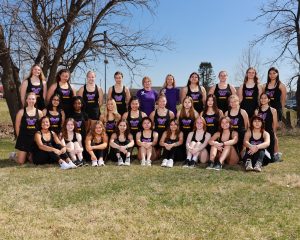 The girls have qualified an individual for the state tournament each season, placing as high as fourth. They have qualified several doubles teams. They have also reached the tennis regional finals as a team on numerous occasions and have won three conference titles. They continually have one of the highest participation ratios of any WHS sport as over 45 girls participate annually.

These girls competed so hard today in the Johnston Invitational. So proud of their work ethic & sportsmanship! Our own Ally Roeth got 2nd overall in singles!

These girls have been putting in the work! Can’t wait to watch them compete next week!

Here is the link for 2022 Waukee Girls tennis gear!

Thanks @kirkjjohnson and the operations team! Our tennis courts are getting a major makeover!!@WaukeeTennis @WaukGirlsTennis get ready they are going to be SWEET!! Go Warriors!!

Congrats to Ally Roeth and Will Ecklund for finishing fourth at the State Coed Doubles Tournament today! GO WARRIORS!!