For over a decade, the Waukee Boys Cross Country programs has been among the state’s most consistently successful cross country programs.

The boys’ team have made an appearance at the state meet in 12 of the past 13 seasons. The boys’ third-place finish at the 2007 state meet is the program’s highest state finish. The Warriors have won seven District titles and six conference championships since 2007.

A successful tradition, combined with a coaching staff that values all athletes and 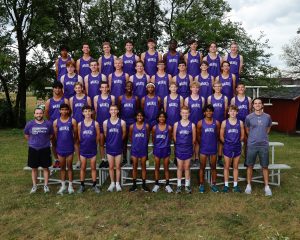 emphasizes competing at their fullest potential, has led to increased participation and cemented Waukee Warriors as one of the largest programs in the state. Competitive opportunities exist for all athletes grade 8-12 regardless of ability or prior running experience.

Looking forward to seeing everyone tonight for our end of the season banquet!

The end of our season has come. That means updating and reflecting.

With his 28th place finish at State, Garrett Weber now has the 12th highest State finish in Warrior XC history. Great way to end the season!!