Produced by Des Moines Performing Arts as the culmination of a year-long education initiative, the Showcase was held at the Des Moines Civic Center and recognized a total of 85 schools from across the entire state.

Waukee Theatre Arts was recognized with the following awards and honors:

Drew Shortenhaus performed an excerpt from his award-winning role in BE MORE CHILL as Michael Mell.

Ryann Coughlin & Drew Shortenhaus also participated in the Triple Threat Award program with other advanced performing students and performed in the inter-school medley. 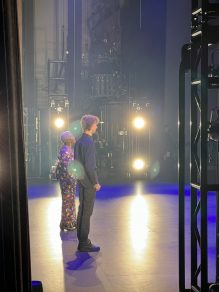 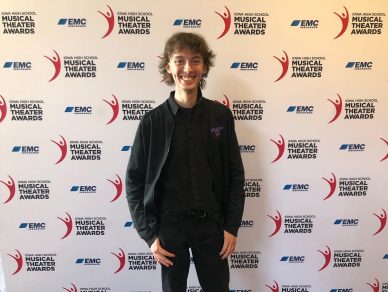 Colin Kiernan awarded the Iowa High School Musical Theatre Awards’ Technical Theatre Scholarship
Iowa PBS will broadcast a highlights special of the event on July 18 at 9:00 p.m., with a repeat airing at 1:00 p.m.

April 6, 2021 is National Student Athlete Day and we are so incredible proud of our student athletes in Waukee. From state and national championships, to impressive performances in the…
March 12, 2021

Congratulations to the Waukee Boys Basketball team on advancing in the 2021 IHSAA State Basketball Tournament. Tickets are now on sale for Friday’s game against Johnston and…
February 12, 2021

The Waukee Boys Swimming Team is rolling into the state meet with confidence. The Warriors won 8 of the 11 events at the district meet, setting four pool records in…