October 9, 2020 Get Your Winter Sport Forms Turned In!

Warrior Wrestling is one of the most up-and-coming programs in the state of Iowa.  Boasting the largest and most functional wrestling room in the state, Waukee wrestling numbers continue to rise. The wrestling program has had steady and consistent improvements in both dual meet wins and tournament placings. In recent years, Warrior Wrestling has had multiple state qualifiers, state place winners and state champions.

The team has placed in the top seven in each of the last three seasons at the state traditional tournament including a runner-up finish in 2018.  The Warriors have placed second and sixth the last two years in the state dual tournament.  Several Warriors have also gone on to compete at the collegiate level.

“Coach @TheDarkhorse197 really made me feel like Oklahoma is a place where I can go and become the best wrestler I can be and achieve the goals I've set for myself.” -@WaukeeWrestling’s @thecoleferguson headed to OU https://t.co/dt0Rb3a8CT

Thank you to everyone who helped me get to this point, with that being said I’m 100% committed to Oklahoma University! Boomer Sooner! #Boomer #OUDNA
@TheDarkhorse197 @LouRosselli @OU_Wrestling 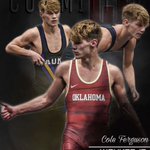 Grace-Joy-Love -Hope. RAK shirts were very popular with continued interest. So I worked with Nuline to do an online store. Not affiliated with school. Proceeds to Joppa. You can wear and spread an important message and help an important non- profit.

Thanks @allysonschwab for the new gear for every occasion 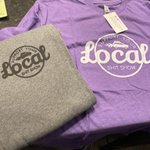 A shift to online doesn't change the fact that:
*The most important thing we do here is treat each other with kindness and respect.
*We will Give Grace-Pursue Joy-Lead with Love-Hold fast to Hope.
*You are beautiful people.
Live these out. They are things we want to spread.