The successes of the Waukee High School (WHS) Dance team are unmatched by any other high school in Iowa. The team has won 19 state titles in various categories (pom, hip hop, jazz, prop) since 2008, including an impressive 10 consecutive state championships in the pom category from 2008 to 2017. All in all, the squad has accounted for 31 top-three finishes at state. Their accomplishments have stretched outside the state of Iowa, as the squad annually qualifies for the National Championships in Orlando. The team has placed in the top 20 in the nation eight times, including four top 10 finishes.

The Dance team holds tryouts in the spring for the following school year. Between 50 and 60 girls earn spots on one of three squads. Dance team members also excel in the classroom as the squad has earned the ISDA Distinguished Academic Achievement Award seven times.

Many WHS Dance team members continue dancing collegiately. Several of the girls have made the dance teams at Iowa State, Iowa, and UNI, as well as, other squads at Division II and III levels. 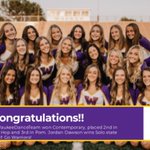 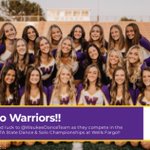 Today is the day!!! We cannot want to take the @isdta competition floor! Feeling grateful for this opportunity and all the support from our family & friends! Here are our performance times if you’re watching from home 💜💛 #IfNotNowWhen 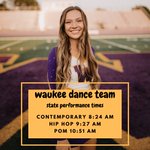 @WaukeeDanceTeam is one day away from the ISDTA State Championships!! Go Warriors!! 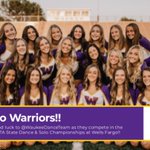 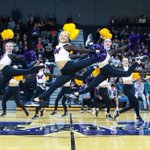