For over a decade, the Waukee Warrior Girls and Boys Cross Country programs have been among the state’s most consistently successful cross country programs.

A fixture in the state’s top 10 rankings, the girls’ team has made 14 consecutive State Meet appearances. The girls best finish at the state meet was third in 2017. In addition to their six regional titles, Warriors have also won the conference meet seven times.

The boys’ team have made an appearance at the state meet in 12 of the past 13 seasons. The boys’ third-place finish at the 2007 state meet is the program’s highest state finish. The Warriors have won seven District titles and six conference championships since 2007. Warrior’s successes in both programs can be directly attributed to dedicated athletes that have embraced the physical and mental challenges associated with cross country. A commitment to off-season conditioning and training methodology focused on patient progression prepares athletes for high school success, readies athletes for collegiate competition, and provides a foundation for a lifetime of running enjoyment.

A successful tradition, combined with a coaching staff that values all athletes and emphasizes competing at their fullest potential, has led to increased participation and cemented Waukee Warriors as one of the largest programs in the state. Competitive opportunities exist for all athletes grade 8-12 regardless of ability or prior running experience.

Registration for Summer K-5 T&F Camps are open. There will be two camps this summer hosted by Waukee HS and Northwest. Please know which HS system you are in and register to the correct camp! 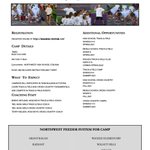 Registration is open for our summer K-5 track & field camps. Both high schools will be providing camps this year, so please check which feeder your elementary school is in. We look forward to working with a bunch of future champions! @WaukeeBoysTrack @waukeegirlsxc @WaukeeBoysXC 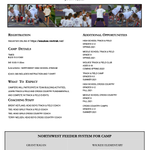 CONGRATS to Abby Kinney for her commitment to Missouri Western State University. We are so happy you are going to continue your running talents next year. Awesome work Abby!
@abbykinney_ 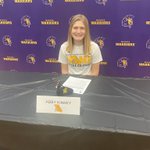 CONGRATS to Peyton Kelderman and Lindsey Kelderman on their commitment to Northwest Missouri State University. They will be using their cross country legs to race up and down the basketball court. We are proud of you.@peyton_keld @lindsey_keld 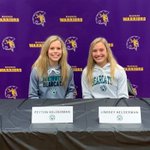 Congrats to all 35 athletes who signed this morning. Shout out to our own Layanna Green-volleyball at UNI, Peyton & Lindsey Kelderman-basketball at NW Missouri St., and Abby Kinney-XC/TF at Missouri Western St. We are proud of you all and appreciate all you’ve given our program! 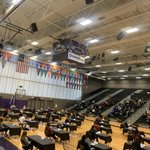